Chaos From Canceled Flights: What Are Your Rights When Traveling This Summer

Airline carriers are canceling and delaying flights at a rapid rate this year, leading to chaos at the gates. NBC 5 Responds has some tips for you before you hit the skies this summer.

With the lifting of COVID restrictions across the country, thousands of Americans are beginning to venture out this summer, planning vacations and flying out of local airports. But with their belongings, fliers are starting to realize they need to pack their patience.

Airline carriers are delaying and canceling flights at a higher rate than in years past, leaving some travelers feeling stranded and unsure what grounds they have when it comes to getting their money back.

Sandra Bernklau, of Riverside, found herself in this situation this past June.

Bernklau and her family of four were ecstatic to hit the skies for a trip to the Magic Kingdom in Orlando, Florida. They booked their flights with Southwest Airlines, and at first, everything was going smoothly.

“The trip was beautiful,” Bernklau said. “We actually recorded this as one of our best trips. The weather was amazing. … It was great, up to the last day.”

Bernklau said it was on the last day of their trip, June 25, when standing in line for a ride, her son reminded her to check in for their return flight home the next day. But when Bernklau said she clicked on the app, she discovered a sign of trouble.

“For whatever reason, I clicked on it and I saw across the top [of the app] that my flight had a red bar that said ‘Cancelled,’” Bernklau said. “We were absolutely stunned and confused.”

Bernklau said she hadn’t heard any news or notifications from Southwest Airlines directly about her flight’s cancellation, or that her family would be added onto a new flight automatically.

Bernklau said she felt panicked. As a nurse practitioner, she knew she had patients with appointments waiting for her back home the day after her planned return, and the next available flight would be days later.

Bernklau said her family left the park and raced back to their hotel to sort out how they would get home. Back at the hotel, Bernklau said she found another Southwest flight going home the next day, but it was going to cost an additional $512 on top of the original round flight they paid for.

The Bernklaus felt they had no other choice.

“My husband and I looked at each other and we’re like, ‘We have to do something,’” Bernklau said, adding that her husband had tried contacting Southwest Airlines directly but was kept on hold for nearly two hours.

“These were the last four seats on this flight. We just booked it and stayed on hold, hoping the agent, once we got a hold of them, would help us,” Bernklau said.

The Bernklau family’s misery that weekend had company.

According to FlightAware, a website that tracks aviation trends, Southwest Airlines canceled 579 flights that weekend of June 25 and 26.

Southwest Airlines is not alone. This week, American and Spirit Airlines also canceled hundreds of flights, citing weather and lack of personnel and equipment as their top reasons.

It’s a troubling trend that has captured consumer advocates’ attention.

“The number of cancellations has gone from typically 1 percent, up to 3 or 4 percent,” said Paul Hudson, president of the nonprofit Flyers Rights. “So, your chances [of having a flight canceled] are three or four times higher than they used to be.”

Flyers Rights has been monitoring complaints from the skies, especially recently. Hudson says several factors have converged on travelers.

“The airlines like to blame everything on [the] weather,” Hudson said. “But the fact is that most delays and cancellations are for lack of equipment or personnel.”

During the pandemic, Hudson points out that thousands of planes were “mothballed” and not necessarily maintained in airworthy conditions, so carriers are facing delays with getting them back in service.

Also, Hudson said thousands of pilots and other staff were laid off by carriers when travel dramatically decreased during coronavirus stay-at-home orders. And now, those pilots have to be recertified to fly.

For the Bernklau family, their return flight home on Southwest Airlines faced no further disruptions, but Sandra said she hit a rough patch with the airline to get a refund for the canceled flight.

When Sandra said she finally received a reply from Southwest Airlines by email, the airline’s offer was more of an insult.

“It was a very canned email, apologetic, very long, and they offered me a $200 voucher for a future flight. One $200 voucher and that was it,” Bernklau said.

Federal regulations by the Department of Transportation are clear: Airlines are required to issue a full cash refund in the event of an airline canceling a flight. But advocates like Hudson said some people aren’t aware of this regulation, and airlines aren’t quick to remind them of it.

“What the airlines often will not tell you is that if they cancel the flight, or they postpone it more than an hour or two, you have an absolute right to a refund, even if a ticket is nonrefundable. You don't have to accept a voucher,” Hudson said, adding that travelers often have to ask for it.

Hudson said when requesting a refund for a canceled flight, it’s important to make sure the airline knows the cancelation was “involuntary” and that you’re requesting an “involuntary refund.”

“That's the code-word that should trigger you getting a refund,” Hudson said. “And if the person that you talked to doesn't know about it or can't process it, you need to talk to the manager.”

Sandra Bernklau contacted NBC 5 Responds when she said she had run out of patience with Southwest Airlines over getting her refund for the additional money she spent.

After NBC 5 Responds inquired, a spokesperson for Southwest Airlines said they could work directly with the customer over the matter. That’s when Sandra said the math changed.

“They were very apologetic,” Sandra said after Southwest Airlines contacted her. “They offered me my $512 back and four $200 vouchers for future flights.”

In addition to speaking with the airline directly, flyers can also file a complaint with the Department of Transportation (click here to learn more about that).

Sandra did, and officials there told her they’re investigating her situation and the hundreds of other flights that were canceled that weekend her family traveled.

Hudson said now, more than ever, it's important for flyers to know their rights in the air.

“This is basic, basic law,” Hudson said. “If you pay for a service or product, you don't get it, the producer of the service doesn't get to keep your money.” 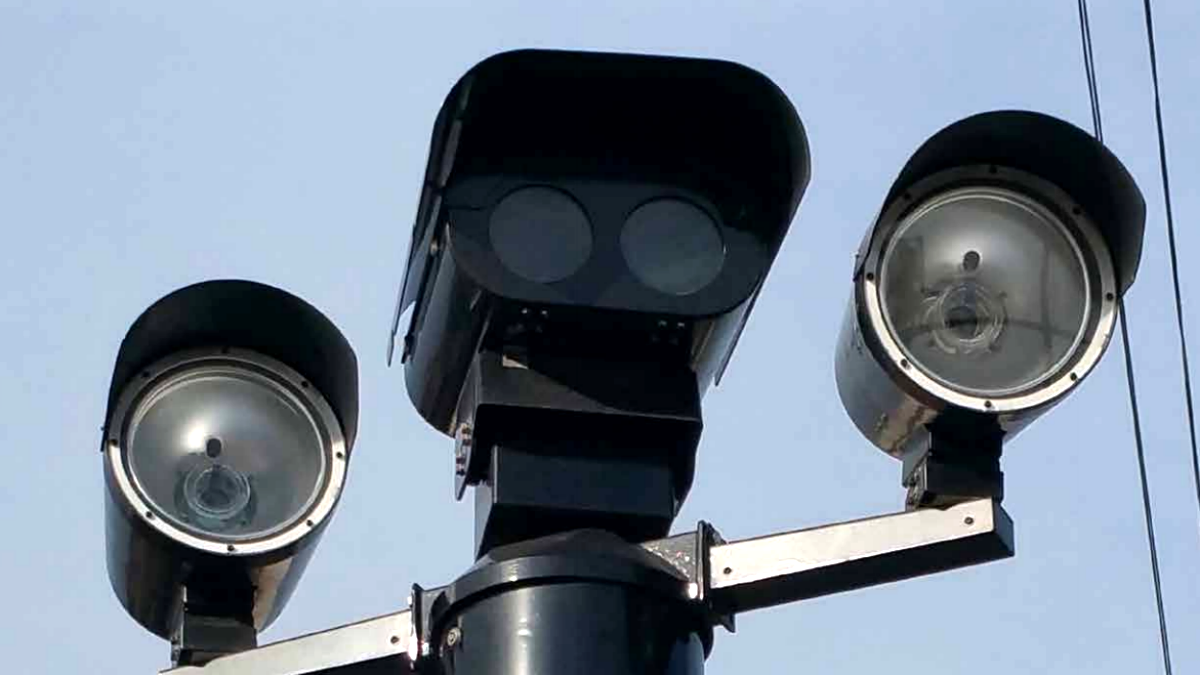 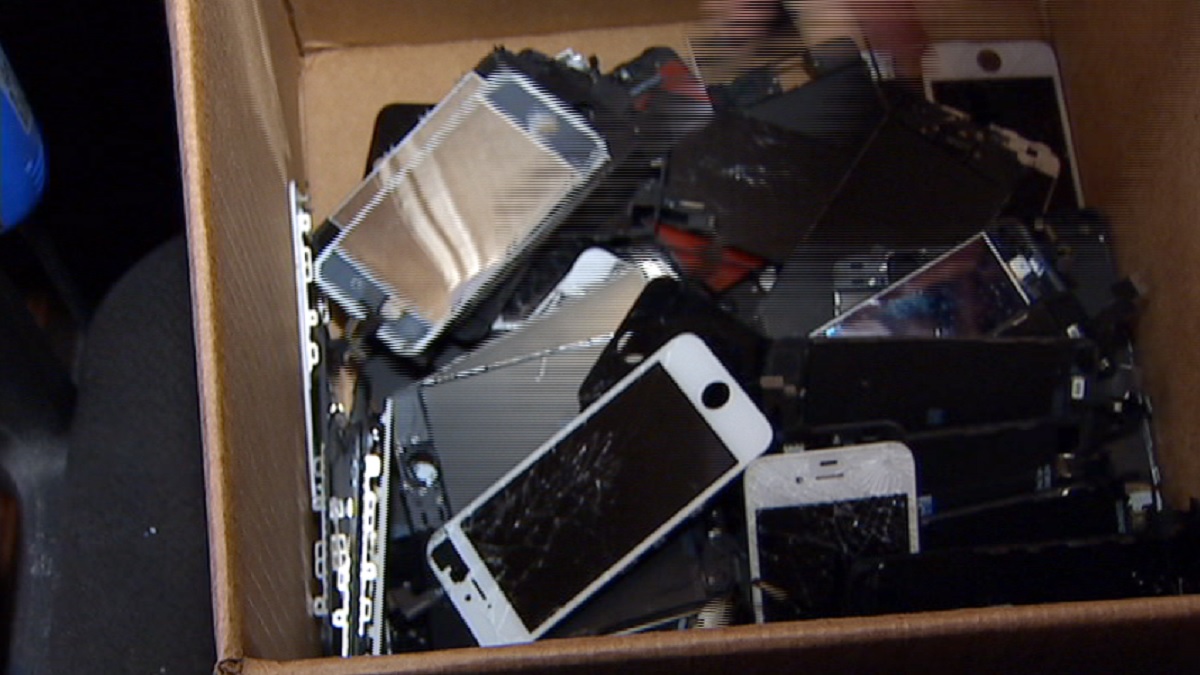 What ‘Right-to-Repair' Means For Consumers and Their Technology, Appliances and Vehicles